Sometimes a little white lie can spare hurt feelings and smooth over awkward situations. But when lies are used to deceive you on important issues the damage can be devastating. 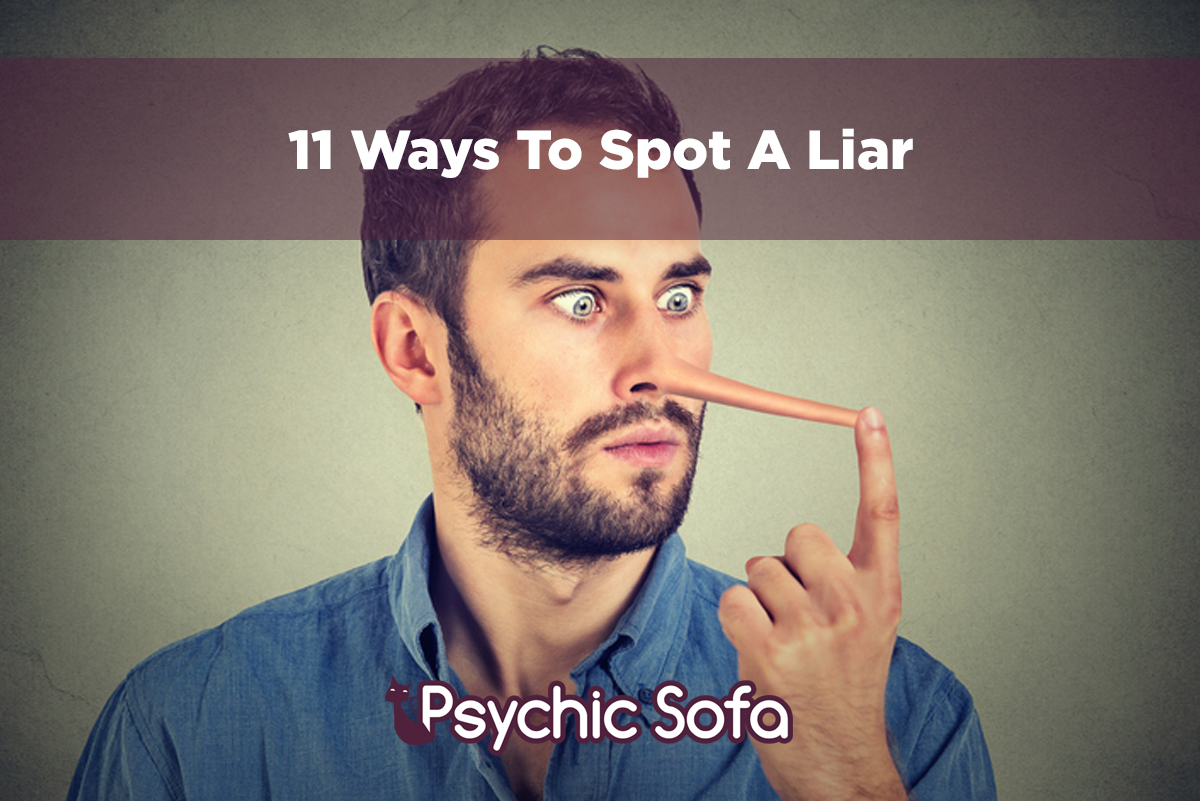 Learn how to spot when someone is lying to you in our latest blog article.

Sometimes a little white lie can spare hurt feelings and smooth over awkward situations. But when lies are used to deceive you on important issues the damage can be devastating. You need to know if a lover is lying to you, if a friend is deceiving you, if a family member is taking advantage of you, or if a colleague is being duplicitous. It's not necessarily about shaming the liar (though it can be!). It's more about arming yourself with knowledge so you can protect yourself and live your life without being deceived. Read on to unmask the liars in your life.

Be a lie detector

How do lie detectors work? Tests for the truth always begin by establishing a baseline in the person you are testing. You can do this by asking a neutral question, such as asking where they bought their bag/tie/shoes because you like them, or asking about the weather. Or anything you know to be true and neutral, about which they wouldn't lie. When they respond to the neutral question observe their body language, tone of voice and general demeanour. This is their baseline - they way they behave when telling the truth. Any deviation in body language or voice tone from this baseline may indicate a lie.

These are the telltale signs that someone is lying to you

Body language is one of the biggest clues in spotting a liar. So a change in posture is probably the most noticeable clue. If the person tries to make themselves smaller by hunching over, or shifting weight to one foot - this can be a sign of lying. But any dramatic changes in posture as compared to the baseline posture, can be a sign.

Liars don't like making eye contact! So if someone's looking anywhere except directly at you, they may be telling you porkies! If someone starts blinking lots or stops blinking, this can also be a sign of lies.

Lying can make a person feel uncomfortable as they struggle to keep their story straight. So fidgeting with an object is a distraction technique many liars use to help them hold their nerve. If some one is repeatedly tapping their foot or fiddling with their phone while talking, they might be lying to you.

Likewise, if someone keeps touching their face, this is a key sign they are trying to hide something from you. But face touching can also be a sign of anxiety, which may or may not be due to telling lies.

If someone's voice pitch rises or lowers, or if they start speaking more quickly this can be a signal that you are being deceived. Also the vocabulary they use might become different to the words they used in the baseline test, with the liar using more complex phrases to try and bamboozle you!

Sounds obvious but most people are embarrassed to lie. And when feeling embarrassed many people flush red in face. Of course, habitual liars won't get embarrassed so won't go red.

A manipulative liar knows that the best form of defence is attack. So if somebody is suddenly being defensive with you over a particular subject, trying to make you feel guilty for asking: this is a red flag for a liar.

A liar's hands can reveal more than they'd like! Clasping or wringing hands indicates anxiety, which could be due to telling untruths. Hiding their hands behind the back, in pockets or by sitting on them is also a sign of duplicity.

Excessive sweating is a big indicator of a person who is lying. Most people who lie, feel stress at the thought of being found out, and stress triggers sweating. It's one of the first things customs officials look for when trying to uncover people smuggling contraband into the country.

A liar's breath can give them away! When someone is stressed their heart rate increases, which speeds up breathing. So if a liar is worried about being caught, they may breath more quickly and shallowly than usual.

If you are dealing with a practiced liar who has no remorse, you may find he/she doesn't display any or many of the telltale signs of lying. But you can still find them out! A practiced liar will be smooth and oozing confidence - too much confidence! Go with your intuition. If what somebody is telling you sounds too good to be true or too practised and perfect: don't believe them!