Enter the shadowy world of secret societies. Do they hold spiritual truths that could shape the future of humanity?

Since Dan Brown's nail-biting novel The Da Vinci Code spellbound readers almost ten years ago, interest in secret societies has remained high. While the novel's Priory of Sion was nothing more than an elaborate hoax, many secret societies are real and some are still thriving today.

Many secret societies are linked to spiritual ideologies, although some are entirely secular. What makes them so fascinating is the tantalising idea that they guard important knowledge and spiritual truths about humanity that are hidden to non members. Some are even said to have the power to shape modern society.

Unlocking the Code
Here are five of the biggest secret societies from the past and the present. 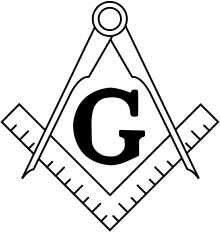 Freemasons
Freemasonry is a secretive movement which is very much alive today. Taking its symbolism from the 15th century guilds that regulated and trained stone masons, modern Freemasons use secret handshakes and other signs to identify fellow members. The first Grand Masonic Lodge was created in London in 1717, as a headquarters for the organisation. According to Freemason literature, the society was set up as a club for like-minded men to socialise, regardless of social class. It claims to be non religious but requires members to believe in a supreme being, whom they refer to as The Great Architect of the Universe. Freemasonry's stated aim is to teach morality and spirituality to its members through a series of rituals, using the tools and ideas of stone masonry as allegories. It claims to guide members to a deeper self knowledge and encourage them to take part in charity work. Freemasons train and progress through three stages, which are called 'degrees', until eventually they become Master Masons.
Critics of Masonry claim members of the group favour other members in business and other situations leading to cronyism. Conspiracy theorists believe Masons are part of the global elite who are controlling the future of mankind to their own ends.


Knights Templar
The Knights Templar was a Christian order of military monks created in about 1120 to protect pilgrims on their way to the Holy Land (Jerusalem). The order was officially disbanded by the Pope in 1307 on false charges of heresy and immoral practices. The Pope acted under pressure from the French King who wanted to take the Templar's vast wealth.
The Knights Templar achieved legendary status even in their own time. They were said to be keepers of spiritual knowledge, which people have speculated refers to actual holy relics that Templars may have unearthed in Jerusalem, such as the Holy Grail. Some say the Templars were never fully destroyed and that their bloodline still exists today as secret bearers of this spiritual knowledge.
A branch of Freemasonry has a modern-day group that calls itself The Knights Templar. But it claims no ties to the original military monks. It merely uses the ideals and symbols of the original Knights Templar.

Rosicrucians
Although the origins of this secret society are, rather fittingly, shrouded in mystery, it was likely the idea of German Protestants during the 17th century. The name 'Rosicrucian' means the rosy cross - literally a cross with a rose in the centre - which perhaps symbolises, by the opening of the rose's petals, the expanding of human spirituality. The movement began when in 1610 three mysterious documents appeared in Cassel, Germany. They described a secret brotherhood of alchemists who had gathered knowledge from the East and who were about to revolutionise the thinking of Europe. The idea of alchemy is perhaps an allegory for spiritual growth.
A modern version of Rosicrucianism exists that claims ancient origins for the society, although any links are tenuous. 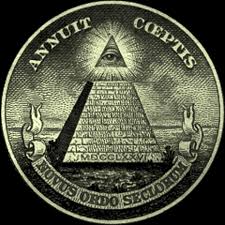 The Illuminati
Although The Illuminati is now considered by countless conspiracy theorists to be a sinister group of shadowy elite in powerful global positions, it actually started life as a
real group of freethinkers in Bavaria. In 1776, a group of intellectuals and liberal politicians gather together to discuss radical ideas linked to the Enlightenment and to humanism. The group was non religious and did not require members to believe in God. Consequently it attracted condemnation from the Church. According to historical record the group was disbanded by the end of the 1700s but many people believe it survived and is controlling the actions of world governments to serve its own anti religious agenda.

The Bilderberg Group
This very real group comprises of the most powerful people in the world from big business, politics and the military. They meet once a year in different locations in total secrecy to discuss world events. The first meeting was held in 1954 at the Hotel Bilderberg in the Netherlands.
A list of each year's participants is available to the public but the content of the meeting is kept secret.
The Bilderberg Group is surrounded by controversy and conspiracy theories. Many people think this group tries to manipulate world events rather than just discussing them.

The Hellfire club
Debauchery and dark happenings were the alleged order of the day in this 18th century secret society. Membership was open only to aristocrats and the upper echelons of high society. It is likely members discussed how to influence the politics of the day but rumours of black magic and immorality practised by the club are rife. There were a series of Hellfire Clubs through out the 1700s. The most notorious was set up by Sir Francis Dashwood in a former abbey to express his blasphemous contempt for the Church.