Does your relationship feel like a constant battle? Is your partner always putting you down? Perhaps you are beginning to see your partner's critical behaviour as your new normal? If so, you could be a victim of gaslighting.

Learn how to spot the signs emotional manipulation and make sure it doesn't happen to you. 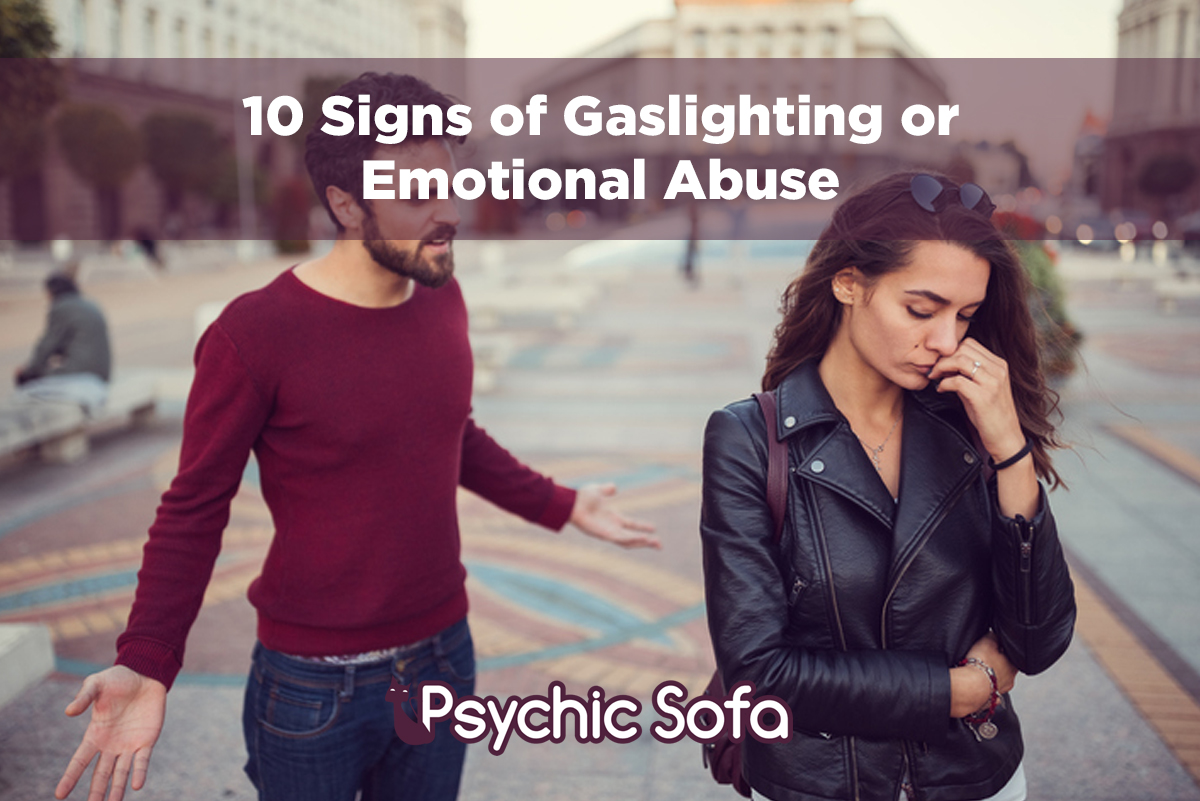 Does your relationship feel like a constant battle? Is your partner always putting you down? Perhaps you are beginning to see your partner's critical behaviour as your new normal? If so, you could be a victim of gaslighting.

The term 'gaslighting' refers to a British West End play of the 1930s, which was later turned into two successful Hollywood films. In the play, a husband perpetrates psychological abuse on his wife, making her doubt her sanity. One of the manipulative tricks the husband uses is to dim the gas lighting in the house but tell his wife she is imagining the lights dimming. So she begins to doubt her own perception and sanity.

In a similar way, modern gaslighters emotionally abuse by undermining your views and judgements, until you doubt everything you thought you knew. The aim of a gaslighter is to gain power, control and dominance over a victim. Not the ingredients for a happy, healthy, harmonious relationship! Read the gaslighting warning signs below so you don't fall victim to this emotional manipulation.

Everyone tells little white lies, occasionally. But gaslighters lie all the time about big issues. Their aim is not only to get away with bad behaviour, but to confuse you. Make you doubt the truth. When they've got away with this behaviour once, you'll find it more difficult to question their lies in the future.

Gaslighters will convincingly deny the truth until you believe their version of events. You'll begin to doubt your version. Even if you've seen the events with your own eyes! They are trying to make you question reality. Once you start doubting yourself, the gaslighter moves in to fix themselves as the only real thing in your life, tightening their controlling grip on you.

A gaslighter will call you names to undermine your self-esteem. However, the names they use don't have to be expletive-laden. A subtler way of undermining you with name-calling is to use words such as: stupid, silly, paranoid, over-sensitive, hysterical or unstable.

One way to identify a gaslighter is to see if their words match up to their actions. They talk a good game by promising you the world, saying they will change or will do things for you. But these promises never happen. There's always some excuse. It's never their fault. Don't believe them!

Praising your partner is good, right? Yes - in a healthy relationship it's exactly what you should be doing. But a gaslighter will praise you, too. It's a psychologically manipulative technique. Just as you are recognising the gaslighter's awful actions and getting ready to confront them, he/she will throw in a couple of compliments to placate you. So you'll start thinking he/she can be a nice person after all. Wrong!

A gaslighter will never admit they are wrong. Instead they will shift the blame so you or somebody else is the scapegoat. They know how to twist words and actions to deflect the blame elsewhere. They might perform the most outrageous actions, such as lying, cheating or letting you down, but they will have you believing it's your fault.

You'll never feel 'good enough' for a gaslighter. Whatever you achieve it will be brushed aside as if it's nothing. You'll find yourself constantly apologising to a gaslighter for the things you've supposedly done wrong. They will point out your negative qualities all the time and rarely focus on your good qualities - except when they are manipulating you with praise!

Like a slow-burning gas lamp, psychological gaslighters will start very gradually with their manipulation, building it up to wear you down over a long stretch of time. Because if they begin undermining your self esteem and sense of identity slowly, it's more difficult for you to spot the behaviour and call them out. You won't realise it's happening.

The main aim of a gaslighter is to confuse you so they can gain control of you. They want you to doubt yourself, your identity and your sanity. A gaslighter may appear exciting and spontaneous at first but this soon turns into unpredictable, erratic behaviour designed to bewilder and confuse you.

The main way a gaslighter covers up their own misdeeds is to go on the attack. So if you are asking them about something they don't want to discuss, they will start verbally attacking you about something else or accusing you of the same behaviour. If they go on the attack that puts you on the defensive and deflects you from asking the questions they want to avoid answering.

Are you seeking insight and clarity into a relationship that you think might be causing you emotional harm? Why not have a chat to one of our psychic readers today, who could provide you with the insight you need.