Fables of the British Isles

Everyone loves an entertaining tale - and traditional folklore stories are some of the best. British fables are rich with echoes of the country's Pagan past, from a time when monsters, fairies and ancient gods roamed the land. 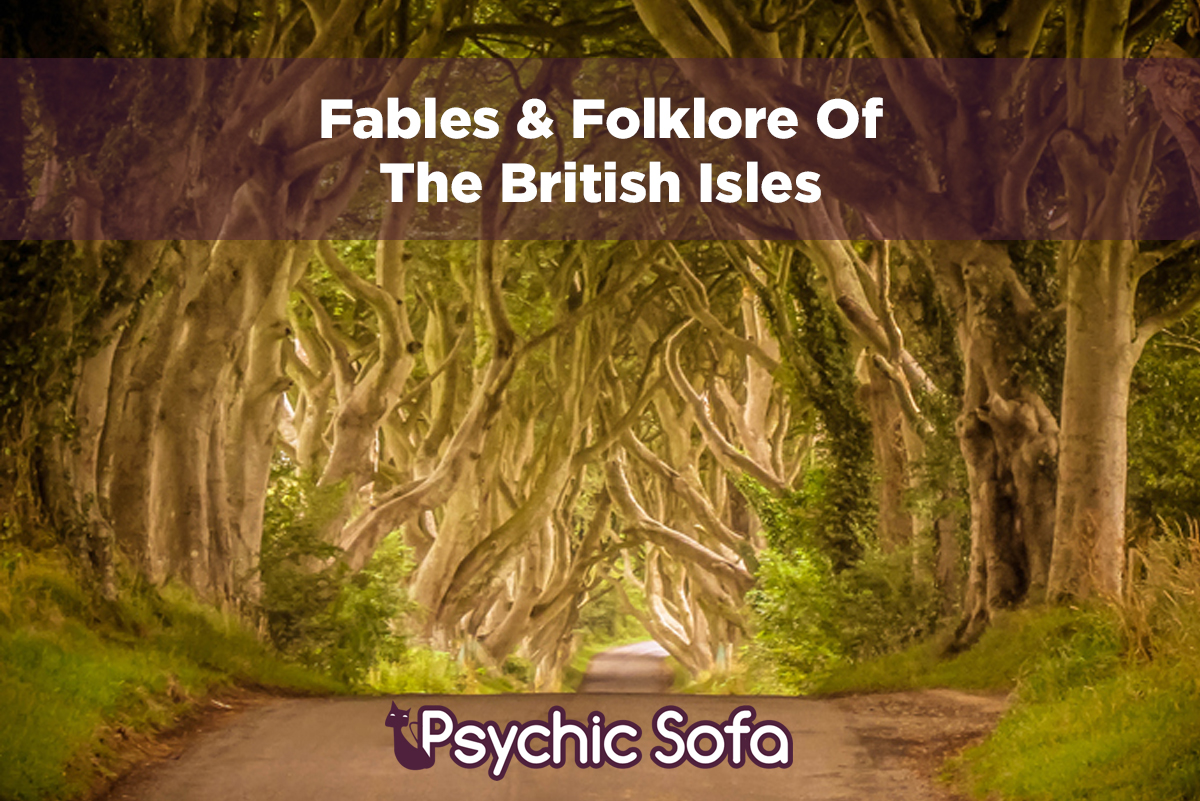 Everyone loves an entertaining tale - and traditional folklore stories are some of the best. British fables are rich with echoes of the country's Pagan past, from a time when monsters, fairies and ancient gods roamed the land - or at least in popular imagination. Yet folklore is much more than entertainment. It's a way to tap into the collective consciousness of our ancestors. Inside every story there's a kernel of timeless wisdom that passes comment on how we live in the world - and this wisdom is as relevant today as it was hundreds of years ago.

In the mid-12th century, the villagers of Woolpit in Suffolk found two lost children sitting beside one of the wolf-pits that give the village its name. But these were no ordinary children because their skin was bright green! They also wore strange clothes and spoke an unknown language. After the initial shock, the children were fed (although they first refused all food except green vegetables), cared for and taught the English language. But the boy soon became ill and died. His sister survived. Once she could communicate, she told of coming from a land with no sunshine, where the light was always dim and dusky - and everything was green! She said they became lost in a maze of caves, eventually following the sound of bells to emerge in Woolpit. The girl gradually lost her green hue, and married a local man when became an adult.

Although some sources claim this story is an historical record of a real event, it also has folkloric meaning. Fear of the unknown, whether people or places, was even more prevalent then than it still is today. What could be more unknown or strange than a couple of green children appearing from thin air in the English countryside? Could the green children be fairies, aliens, or other supernatural entities? Turns out they were just children. The moral is not to fear someone just because they appear different. No matter how different or strange somebody appears - everyone deserves dignity and respect.

In folklore, King Lud is the mythical founder of London, from whose name the Capital derives its name. He was king before the arrival of the Romans, and he may be the same character as the Welsh warrior, Lludd Llaw Ereint. Ludgate in London is said to be the place where he is buried. You can see statues of King Lud and his two sons in the porch of the church of St Dunstan-in-the-West on Fleet Street, London.

During his reign, King Lud had to overcome three supernatural plagues to save his people. The first was an invasion by Coraniaids, who were monstrous dwarves with hearing so sharp that nobody could communicate without them hearing! Making them impossible to defeat. The second plague was a pair of battling dragons, one red, the other white. The fearful sound of their combat terrorised people to death and shrivelled crops. The third plague was a plundering giant who would steal food and supplies, leaving Lud's citizens destitute. With the advice of his brother, Lud defeats all three plagues and the people of London are saved.

Everybody needs a hero! And King Lud certainly fits this archetype by saving his people not once but three times from seemingly undefeatable foes. However, Lud's weapons are not violence and death. Instead of narcissistically thinking he can solve the problem himself, he seeks the advice and wisdom from others (his brother). Then he uses cunning and persuasion to vanquish his enemies. He even shows mercy to the plundering giant by offering him a place at court. This tale reveals the qualities of a true leader.

A supernatural entity with a diabolical appearance. He appeared as a very tall man dressed as a Victorian gentleman but his face was warped, his hands were claws, his eyes were red balls of fire and he breathed out flames! He had the power to jump super-human distances, usually across or over the tops of buildings. Worst of all he loved to prey on people walking alone, attacking and molesting them. Spring-heeled Jack was first reported in 1837 and he went on to terrorise London, the Midlands, parts of the north and parts of Scotland, sporadically, for 40 years.

Was he a demon, an extraterrestrial, a cryptid, the devil, or a mortal man, whose exploits were exaggerated? Nobody knows for certain. But it's interesting that this folklore appeared during an age of increasing science and reason. It reminds you that however advanced humanity becomes, however much of the world we can explain - some things will always remain a mystery. The supernatural and the unexplainable is always lurking in the shadows ready to confound scientific explanation.

This noblewoman was Countess of Mercia during the 11th century. Her husband had imposed a harsh tax on his townspeople. Lady Godiva objected to the hardship this new tax would bring to the people so she begged him to relinquish it. But he mocked her, saying he would repeal the tax only if she would ride naked through the town on a horse. An unthinkable dishonour for her. But Lady Godiva was determined to free the people, so she took him at his word and rode naked. Luckily, she had the wisdom to ask everyone to remain indoors while she was riding through the town - as if nobody saw her she couldn't be dishonoured. Everyone obeyed the request knowing the Lady was trying to help them. That is except for one townsman, called Tom, who couldn't resist taking a peek at the beautiful Lady. Unfortunately for Tom, the universe intervened and struck him blind for his lecherous voyeurism. From his actions we get the phrase 'peeping Tom'.

Although Lady Godiva was a historical figure, her naked ride is probably folklore. But it's a myth with meaning. It's a tale of courage and strength coming from vulnerability. It's one person risking themselves to save many. It's about how gentle determination can conquer brute power. An inspiring piece of folklore indeed!