Is Hypnotism just for Entertainment? 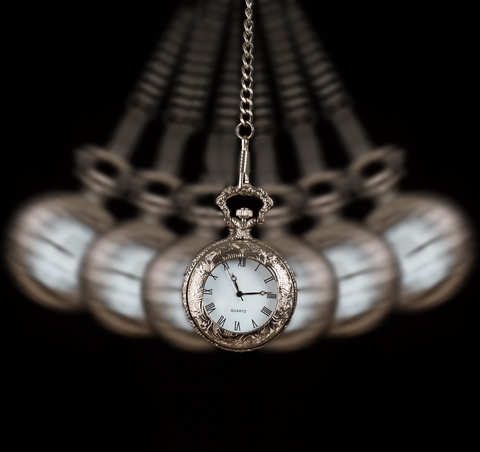 Hypnotism has been considered for many years as a form of entertainment, and when asked to describe a hypnotist, a lot of people would probably describe the clichéd mystery man waving a pocket watch back and forth, commanding a stage full of people to perform silly stunts for an audience. However, there is a lot more to hypnotism than you may think.

The words hypnosis and hypnotism come from the word ‘neuro-hypnotism’, meaning ‘nervous sleep’, coined in 1841 by a Scottish surgeon, James Braid. It is widely believed that hypnosis is a form of unconsciousness similar to sleep, but modern research actually suggests that the subjects of hypnotism are in fact wide awake, fully alert and hyperattentive. The subjects of hypnotism are described to be in a state of physical relaxation, combined with increased mental concentration, which causes them to be more open to the powers of suggestion and persuasion.

There are many different methods of inducing hypnosis, one of the most popular and influential being the ‘eye-fixation’ method, created by Braid. The method has been adapted and varied countless times in the years since Braid came up with it, but the basic theory is still the same; a hypnotist holds up an object for the subject to focus on, both by keeping it in a fixed stare and and by keeping the mind focused on it.

Most of our brain activity happens in our subconscious, and scientists and psychiatrists suggest that the focusing techniques involved in hypnotism relax the conscious mind so that, while you’re still aware of what is happening, your subconscious takes over. This allows the hypnotist to work with the subconscious mind and the imagination, and introduce suggestion.

In the 1800’s, hypnotism, or ‘mesmerism’ as it was then known, was used by doctors and surgeons during operations. In the early 1900s, two French doctors, August Leibault and Hippolyte Bernheim, explained that people in a state of hypnosis were able to do things that were usually out of their comfort zone, and this included having a higher pain threshold than they usually would have. However, with the development of anaesthetic, hypnotism was no longer needed during surgery. This is when the idea of being able to make people perform like they wouldn’t usually, turned into a form of entertainment.

This idea caused the rise in the stage hypnotist, the man who took volunteers from a crowd and perform ‘mind control’ on them, causing them to carry out stunts and performances for the pleasure of the watching audience.

From the late 20th century, people began to take hypnotism more seriously, and the idea that it could be used along with psychotherapy to help people became more and more popular. Hypnotherapy has been used in a wide range of different ways, including medical and therapy, as well as self-improvement and also to enhance creativity.

In recent years, hypnotherapy has been believed to help cure addictions and control habits, such as smoking or drinking, as well as helping with weight loss. A lot of people also seek hypnotherapy to help them overcome fears and phobias.

A lot of people claim that the success of hypnotherapy is undeniable; however, there is still a lot of skepticism around the subject. Skeptics argue that the subjects of hypnosis are not actually in a trance, they are just made to believe they are, and that social pressure and influence causes them to believe in what they are hearing or doing, and that this can cause people to change their behaviour. Skeptics believe that it is all in the subject’s head, like the placebo effect, and that they only believe that they feel certain things because they are being told they are.

What do you believe? Have you/would you be hypnotised? Let us know in the comments below!