Who are the Mayans? Here we look at this ancient civilisation and their culture.

Who are the Mayans?

The ancient Mayan civilisation has a spiritual resonance that still influences the modern world. If you saw articles in newspapers and magazines about the supposed end of the world in 2012 - this was a misinterpreted version of a Mayan prophecy. Also, the mysterious crystal skulls that have featured in numerous books and films, including Indiana Jones and the Kingdom of the Crystal Skull are derived from Mayan culture.

The Mayan civilisation was based in Central America, around Mexico, Guatemala, and Belize. It spanned thousands of years but reached its peak in about 250 AD. Today, the Maya people still exist, blending in with the population of Guatemala, southern Mexico and the Yucatan Peninsula. 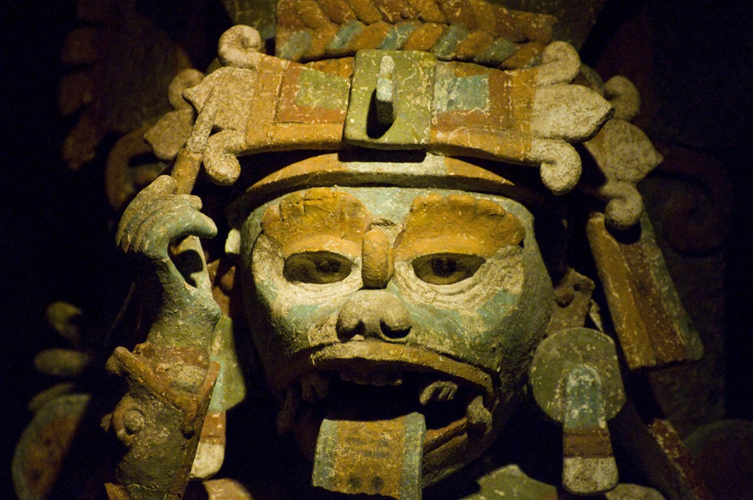 Spiritual Symbols of The Mystical Mayans

Here we look at some of the enduring spiritual myths, legends and prophecies of Mayan culture

The frenzy surrounding December 21, 2012 was linked to an ancient Mayan prophecy. We were told this date was the end of the Mayan calendar and so it heralded the end of the world! While most people laughed off the dire warnings, many took the prophecy seriously. NASA received thousands of questions from concerned members of the public asking whether the warnings were true, and geographical locations connected to the prophecy were flooded with visitors and people seeking refuge from the anticipated catastrophe.

Fortunately, this panic was always misplaced. The Maya never believed the world was going to end in 2012. For the Maya, this year was the end of a 5,000 year cycle - and the beginning of a new one; a bit like our new millennium in the year 2000.

The next Mayan calendar cycle will also last just more than 5,000 years. It is prophesied that there will be a huge shift in human consciousness during the coming cycle. A higher consciousness will emerge over the next 5,000 years, bringing greater unity among diverse cultures and enhanced understanding, bringing peace to the world. Here's hoping this part of the Mayan prophecy is true. 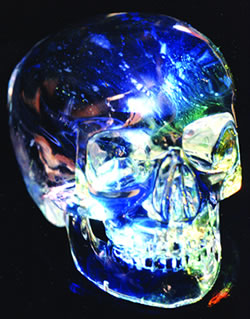 A number of crystal skulls, modelled on a human skull but carved from clear rock crystal or rose quartz or other crystals exist in collections around the world. The British Museum has a rock crystal skull on display, and the most famous Mitchell-Hedges crystal skull was reportedly discovered outside an ancient Maya temple in Belize. While the authenticity of these two skulls is questionable, it is likely that the skull motif was, in fact, sacred to the Maya as a symbol of regeneration. Many other skulls exist, some of which have been examined and proven to be thousands of years old; two of these are: the Max crystal skull and the Sha-Na-Ra crystal skull.

These crystal skulls are said to exhibit paranormal phenomena, such as being a tool of divination and being channels for energy, enhancing psychic ability and having the power to heal.

Other people think the crystal skulls are here to awaken human consciousness into a higher state. Or as a visual clue that our reality is only one of many.

Another theory is that the skulls contain knowledge waiting to be unlocked from its crystal matrix, as technology advances.

The ancient Maya worshiped many gods, and their rulers were thought to be descendants of the gods. Mayan legend tells of gods coming to Earth from the sky and creating humans. These extraterrestrial beings were said to have come from another planet beyond our solar system.

This feathered snake god is called the morning star. Legend says his mother, a virgin, was visited by another god in a dream and then conceived Kukulkan.

He was known as the god of light, justice, mercy and the wind. The feathered serpent may represent the duality of the god - with wings to show his divinity but a snake aspect to represent his connection to the Earth.

This fearsome deity is depicted with arachnid-like fangs surrounded by spiders. She is thought to be goddess of the underworld, darkness, war and creation. She wears a headdress containing a jaguar's head - a symbol of her power.

A gentler goddess was Ixchel, called lady rainbow and Moon goddess. She was protector of pregnant woman and craftspeople. She was the lover of the Sun, but she was struck down by a suitor who was jealous of her love. According to legend dragonflies sang over her lifeless body and she was resurrected.

The Maya believed the universe was connected by a huge tree. The roots dug down into the underworld, the trunk stood on Earth and the branches opened up into the heavens. The idea of a tree of life spanning the world is repeated in many cultures from Asia to Europe to the Middle East.

This snake was a Mayan religious symbol of rebirth - the shedding of snake skin represented renewal.

No comments have been made yet