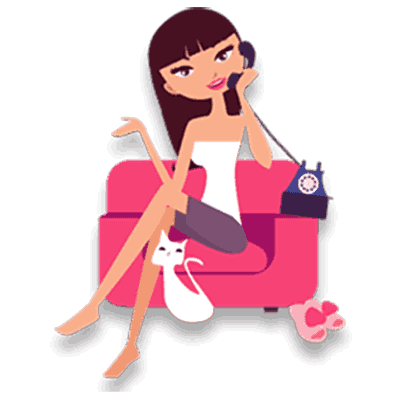 Please note that we here at Psychic Sofa know that Ophiuchus has been the source of much controversy, and many would like to keep the Zodiac sign they were initially born with. We here at Psychic Sofa respect your right to keep your star sign the same, but also respect those who are an Ophiuchus and would like to learn more about it. Therefore, please take this page with a pinch of salt, and have fun learning about this long-forgotten part of the Zodiac.

In some beliefs, Ophiuchus is the 12th star sign - as opposed to Sagittarius - with those born between November 29th to December 17th considered to be them. Ruled by the planet Jupiter, Ophiuchus represents the courage and perseverance of fighting against injustice and death, with people under the Ophiuchus sign being victors in their life’s battles.

The constellation Ophiuchus has been associated with varied figures from Greek mythology - for example Apollo, and his son Asclepius. Under Apollon legend, Apollo struggled with a snake that guarded the Oracle of Delphi at her temple. Asclepius was said to be able to bring people back from the dead with his healing powers, and supposedly learnt how to do this after seeing one snake bringing healing herbs to another after it had been killed. These herbs miraculously brought the first snake back to life, and when Asclepius used the same technique on others, it brought them back to life too.

Ophiuchus is the 11th largest constellation in the sky, occupying an area of 948 square degrees. It is located in the third quadrant of the southern hemisphere (SQ3) and can be found at latitudes between +80° and -80°. Nearby constellations include Aquila, Hercules, Libra, Sagittarius, Scorpius and Serpens. Ophiuchus comprises a range of notable stars, including Rasalhague, Barnard’s Star, and Kepler’s Supernova, and many famous deep sky objects, including the Twin Jet Nebula, the Little Ghost Nebula, the dark nebulae Barnard 68, the Pipe Nebula, the Snake Nebula, and the Dark Horse Nebula.

Just as the Ophiuchus constellation contains two beings - Ophiuchus and a serpent - people born under this Zodiac sign have a complex character: sometimes they can be rational and level-headed, and at other times, they can let their emotions get the better of them. This isn’t always a bad thing though. Being rational aids their vast intelligence, while leading with their heart helps them find their soulmates. Confusing to some, but inspiring to others, an Ophiuchus can always use their rational thinking and emotional intelligence to their advantage.

Located between Scorpio and Sagittarius in the Zodiac, an Ophiuchus has personality traits of both. Because a star of Ophiuchus at the foot belongs to the tail of Scorpio, it’s said that the Scorpion character and temperament have power over the Ophiuchus people, so they can at times be calm, attentive and loving, while at other times aggressive, mysterious and cold. They do however share passion, insight and unending effort with Sagittarius people, ensuring that they achieve their goals with gusto and flair.

At times they may procrastinate, but this is only when they feel a goal is not worth pursuing, or the disadvantages of achieving said goal outweigh the advantages.

Being a fire sign, Ophiuchus draws inspiration from the world around them, fuelling their creativity and zest for life. Fire signs such as Ophiuchus can be excitable and impulsive at times, but use their spark to motivate others to join in their excitement and work toward common goals.

An Ophiuchus in love is passionate and caring, having great respect for their lovers and partners. They want the best for those around them, but for those who rule their heart, they want them to experience the same joy and wonder in which they feel for the world. An Ophiuchus in love wants to go on adventures with their partners, so that they can learn about new cultures and experience everything this planet has to offer. This all fuels their intelligence, as does lively discussions about current events. To love an Ophiuchus is a truly marvellous thing, and an experience that no other Zodiac sign would ever forget.

An Ophiuchus can find true love with a Leo, an Aquarius or a Sagittarius.

Ophiuchus and Leo Compatibility: A fascinating pair, Ophiuchus and Leo both share a zest for life that leads them to go out and explore the world. Though their fiery personalities can be the source of dispute at times, they know that deep down they both truly care for each other and only want what’s best for them - hence the need to get their viewpoint across. Passionate lovers who both like to take control, an Ophiuchus and Leo pair can be limitless.

With Ophiuchus being the sign of the healer, unsurprisingly, many Ophiuchus people go on to become doctors, nurses, caregivers and social workers, as well as witch doctors, psychic readers and religious leaders - harnessing their spiritual power for the greater good. Other career paths for Ophiuchus people include musician, poet, artist and writer, allowing them to utilise their intelligence and talent for their own entertainment and enjoyment.

There are many famous Ophiuchus out there, including:

Regardless of your feelings toward Ophiuchus, you have to admit, they do sound great. If you’ve recently discovered that you’re an Ophiuchus and would like to learn more about them, why not have a telephone psychic reading with one of our psychic readers today? They can tell you more about this lovely sign, and answer any questions you may have about it. To have your psychic phone reading, please call today on 09057897752 (calls cost 80p per minute plus your network access charge) or on 01618640152.