Celebrate the Year of the Wooden Horse

Today marks the first day of the Chinese New Year, and the Year of the Wooden Horse. Similar to the Western Zodiac, the Chinese Zodiac (known as Sheng Xiao) is made up of a 12 part cycle, each part lasting a year and each year named after a different animal.

There are many different myths and legends about how the animals included and the order they appear in were chosen, but the most widespread legend says that the Jade Emperor decided he needed a way to measure time, and so on his Birthday he held a race, and announced that the first 12 animals to cross the finish line would be rewarded by having a year of the zodiac named after them. The animals crossed the finish line and were given a year of the zodiac in the following order; rat, ox, tiger, rabbit, dragon, snake, horse, sheep, monkey, rooster, dog, and pig. Each animal is also associated with an ‘earthly branch’, such as water, fire, wood, or metal. If you are unsure of which zodiac year you are, the table below illustrates the order of the animals and their respective years of birth. 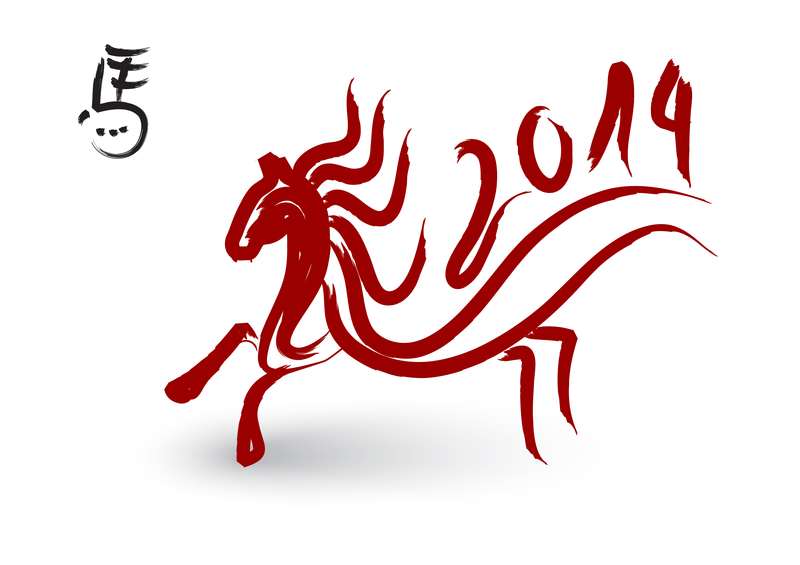 Celebrate the Year of the Wooden Horse

Strengths
Those born in the Year of the Horse are believed to be extremely clever and capable, and unafraid of hard work. They are considered to be generally rather cheerful, sociable and popular personalities, always up for a good time, and excellent entertainers. Horses are extremely energetic and passionate, and have a drive to succeed. They are very independant and march to the beat of their own drum, and rely on themselves and their skills to get ahead and succeed.

Horses makes excellent friends; they are trustworthy and unfailingly loyal, and love spending time with their family and friends. They love entertaining and being the centre of attention, which is good because they are good at captivating an audience with both their intelligent conversation skills and witty sense of humour.

Weaknesses
The problem with the horse’s drive to succeed is that when they fail, they take it incredibly hard. Their strong independence means that they find it hard to take advice or accept help, and this means that if they fail, it leaves them with a huge sense of defeat, blame, and guilt. When this happens, their usually friendly and approachable natures will quickly disappear, and their hot headedness and impatience become apparrant.

The Horse in love
When a horse falls in love, they fall hard and fast. They are extremely passionate and crave physical intimacy. Often the horse gets so wrapped up in being in love and spending time with their partner that they can temporarily lose their usually good logic and let other aspects of their life slide. However, the horse is still very independent and easily bored, and so can be very hard to tie down and commit to anything long term, until they mellow slightly as they get older.

In terms of compatibility, the horse is best suited with the sheep/ram, but could also live happily with the tiger or the dog. However, under no circumstances will the horse and the rat ever make a good match. These two equally passionate but extremely different personalities will constantly clash, and any attempt at a union will most likely end badly.

The Horse at work
Horses are typically extremely hard working and determined to do the best job possible, not stopping until whatever they are working on is completed to the highest standard. Due to their sociable natures, they like to hold positions that enable them to be around and interact with other people. However, their independence means that they do not like being told what to do, and prefer getting on with a job on their own; they have the attitude that if you want something done, you should do it yourself.

The horse is an excellent communicator and can easily grasp any new subject. You will usually find a horse in a position of power and authority, and they are greatly respected. Typical career paths for horses include jobs in sales, marketing, journalism, education or entertainment.

What does the Year of the Horse hold?
The Year of the Horse is a year of potential and fantastic opportunities. It is the year to go after what you want with full confidence and force, and not let potential obstacles distract you and get in the way. This is the time to believe in yourself and your capabilities, and to dream big; don’t settle, and aim high. If you think you deserve a promotion and/or a pay rise, ask for it. If you want a new job, apply even if you think you don’t have a chance; you may surprise yourself.

In terms of love, the Year of the Horse will be quite interesting. If you are single, the chances are that you will soon find yourself busy dating. Don’t just go for the same type of people you always have done; mix it up a little and go for someone different, and you may find yourself pleasantly surprised. If you are in a relationship, now is the time to break the routine and habits that often fall into place after a time, and add a little excitement into the relationship, to ensure that it doesn’t get stale. Surprise your partner with spontaneous and exciting gifts or dates, and keep the love alive.